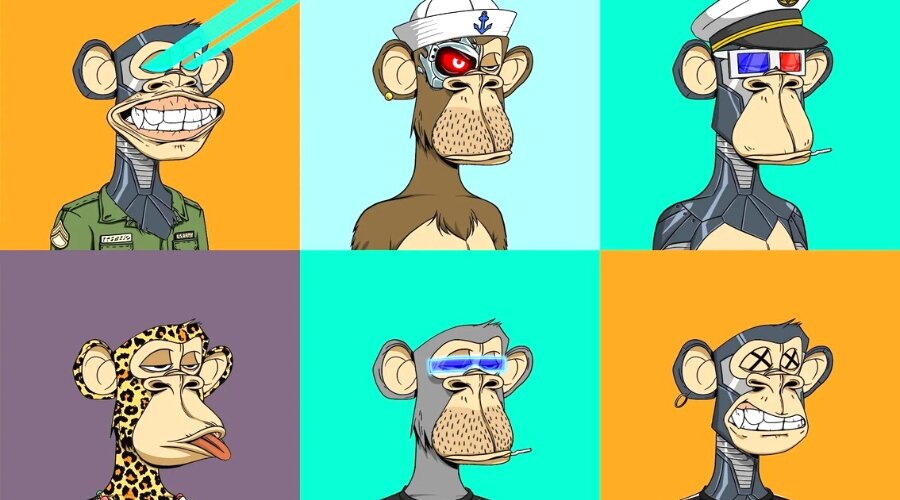 Apes And Aping In The Cryptosphere- What Do These Terms Mean?

Apes appear to have been a cryptosphere obsession for 2022. Developers are naming projects after the feared primate, such as ApeCoin, ApeX, ApeMove, and ApeXit, while celebrities are investing millions of dollars in images of bored-looking apes (BAYC). Even cryptocurrency exchanges have gotten in on the trend now referred to as ApeSwap.

The obvious question is why.

The source of this apparent ape craze

Users must first learn about the different coins, their benefits and drawbacks, and related news and events to comprehend the crypto world. Even with all the acquired knowledge, a user might find it hard to engage in a conversation with a crypto enthusiast merely because the user does not understand the jargon.

Terms such as HODL, FOMO, WAGMI, whale, and others are widely used in the crypto-verse. One can hear these terms in podcasts and forums; if one does not know their meaning and relevance, such terms and concepts will seem alien. Ape or apeing is another of these slang terms.

What exactly is apeing?

Apeing is the practice of purchasing newly introduced tokens without doing extensive research on the project. While this is never recommended, the fear of missing out on potential gains causes people to act strangely. Investors disregard fundamental and technical checks to be among the first to invest in a new cryptocurrency project.

The term gained popularity during the ‘DeFi summer’ of 2020 when new coins appeared at a breakneck pace. Many of these coins were unannounced but received support from a small group of investors, causing their prices to skyrocket.

As such stories began circulating on social media, other investors attempted to emulate them. They would invest in new and relatively unknown projects without conducting extensive research. This investment strategy was deemed ‘low IQ’ and thus dubbed apeing.

While the strategy itself is ineffective, the term has stuck. If you were asked which new coins you were investing in, you would be asked, “what coin are you apeing into?” The term ‘ape’ or ‘apeing,’ like most slang words, became very popular among users. It almost seemed like a trend, and the crypto-verse adores trends.

Even if they have no utility, crypto projects named after recent events and trends usually generate a lot of interest. It’s the same story as ape-inspired projects. The name attracts investors’ attention and helps them gain popularity. They could capitalize on the trend and raise awareness about the project, which would eventually translate into revenue.

Regarding revenue, some of these ape-inspired projects have performed exceptionally well. Consider the NFTs of the Bored Ape Yacht Club. These digital artworks of bored-looking apes have sold for millions of dollars, and buyers have included Eminem, Snoop Dogg, Madonna, and other pop culture icons. YugaLabs, the company behind the BAYC, launched another NFT collection called the Mutant Apes Yacht Club due to the project’s success. One piece from this collection sold for $3.9 million.

ApeCoin is the native cryptocurrency of the DAO that runs the BAYC. It was launched in March this year and has already amassed a market cap of $1.6 billion, with over $158 million in trading volume in the last 24 hours. Anyone who purchases ApeCoin can join the ApeCoin DAO. As a member, you can vote on future project proposals and help govern how the DAO’s treasury is spent.

This is yet another popular cryptocurrency project riding the ape wave. ApeSwap is one of the world’s leading decentralized exchanges. It serves as a cryptocurrency exchange, staking platform, and DeFi protocol. It now has over $90 million in total value locked in and has seen over $17 billion in traded value flow through the platform.

It can be said with certainty that the terms ape or apeing is not the first or last slang chosen by project developers; HODL and FOMO have committed projects as well; they just haven’t done as well as the ape-inspired platforms. You can be sure that any catchy slang or world events in the future will have crypto projects named after them. Furthermore, investors will flock to such projects regardless of their fundamentals, use cases, technical foundations, or lack thereof.