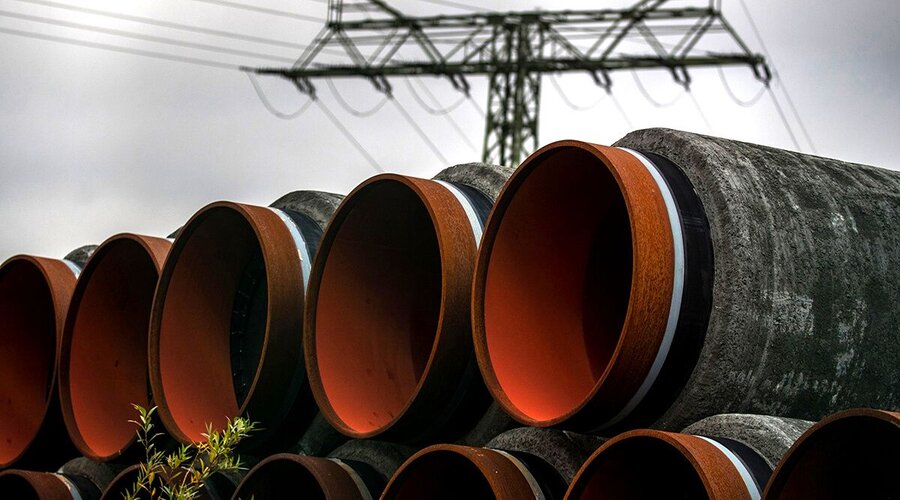 More Oil In The U.S. Spilled Since 2010 By Keystone Pipeline Than Any Other: Reports

Following a new oil spill last week, the gigantic Keystone pipeline has till now spilled more oil than any other pipeline since 2010, according to a report published by Bloomberg.

Last week, an estimated 14,000 barrels of Keystone XL oil leaked into a creek in northeastern Kansas, forcing T.C. Energy to order a complete shutdown of the massive vein even while the company is attempting to restrict the spillage and recoup some of the lost oil.

The U.S. Department of Transportation Pipeline and Hazardous Materials Safety Administration issued a corrective order to T.C. Energy. According to the order, it has now to address the current Keystone leak and develop and submit a “restart plan” to restart its operations. The company has also been directed to submit quarterly reports in the future.

According to GAO data from last year, Keystone has transported more than 3 billion barrels across the United States since 2010, but “the severity of its spills has worsened in recent years.”

From 2010 to 2020, the pipeline experienced 22 accidents compared to other pipelines, but six met agency criteria for an incident “impacting people or the environment,” according to the GAO.

On Tuesday, the Canada-based TC Energy Corp said it had cleaned up nearly 2,600 barrels of oil from the largest U.S. crude spill in nearly a decade. Still, the timetable for resuming operations on the Keystone Pipeline, which ruptured last week, remained unknown.

After a crude oil spill of approximately 14,000 barrels was discovered in Kansas on Wednesday, T.C. Energy shut down the pipeline. On Monday, the company informed Washington County officials that it had not yet determined the cause and had begun excavating around the pipeline.

It is the third spill of thousands of barrels of crude from the Keystone pipeline in the last five years. The 622,000 barrel-per-day Keystone pipeline, which transports heavy Canadian crude from Alberta to U.S. refineries in the Midwest and Gulf Coast, has been operating at a higher rate than any other crude line in the United States since 2017.

According to a company official, T.C. Energy and county officials met Monday briefly to discuss efforts to contain and clean up the spill. According to Dan Thalmann, owner of the Washington County News and a meeting attendee, the company provided no timeline for cleanup.

According to a late Monday statement from T.C., the company has been vacuuming oil from Mill Creek into trucks, and there are now more than 300 people on-site.

Aerial photos show a swath of oil spraying up from the pipeline and onto a hillside. According to Randy Hubbard, the county’s emergency preparedness coordinator, the oil spilled down a pasture north of Washington, Kansas, staining the grass. Farmers in the area raise grain, corn, and cattle in a county of about 5,500 people about two hours from Kansas City.

According to a U.S. Department of Transportation document, the affected segment of the line cannot reopen until regulators approve the entire restart plan.

The shutdown is expected to impede deliveries of Canadian crude to the United States’ storage hub in Cushing, Oklahoma, as well as to the Gulf, where it is refined or exported.

“For the most part, there is a concern in the trading community (the pipeline is not yet up and running),” a dealer based in the United States said.

Analysts believe that if the outage lasts more than 10 days, Cushing, Oklahoma, storage levels will be close to the operational minimum of 20 million barrels.

Concerns about the pipeline outage’s impact on supply at Cushing, which also serves as a delivery point for West Texas Intermediate crude futures (WTI), helped boost the U.S. benchmark by more than 3% to around $73.50 on Monday.

Prices for sour crude grades in the United States Gulf of Mexico rose on Monday as the shutdown increased demand for heavier Gulf barrels. Differentials at Magellan in East Houston and WTI Midland crude were weakening, keeping Cushing levels higher and exports lower, according to one trader.

According to a crude analyst, if the pipeline does not reopen by Christmas, oil refiners may be forced to cut production rates. According to the analyst, refiners typically keep 10 days of crude supply.