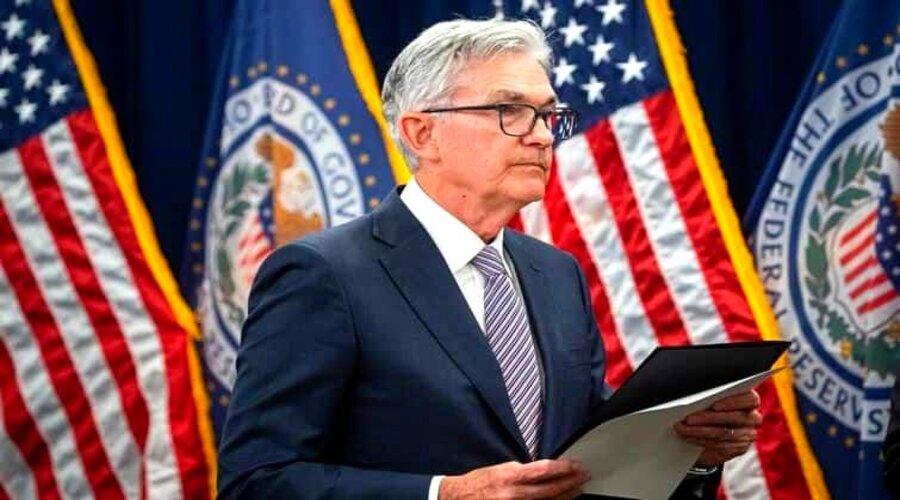 Benchmark interest rate in the US was hiked by the US Federal Reserve and raised to its highest level in the last 15 years. This, according to experts, is indicative of the efforts being put in by the Fed to combat sticky high inflation and indicates that the fight is not yet over, even in the face of some positive signs of inflation coming down in recent times.

The Federal Open Market Committee voted to raise the overnight lending rate by half a percentage point as per the expectations of the market, bringing it to a target range of 4.25% to 4.5%. The increase ended a string of four consecutive quarter-point increases, the most aggressive policy moves since the early 1980s.

Along with the increase, officials indicated that they expect rates to remain higher through next year, with no reductions until 2024.

According to the FOMC’s “dot plot” of individual members’ expectations, the expected “terminal rate,” or the point at which officials expect rate hikes to end, was set at 5.1%.

Investors initially reacted negatively to the prospect of interest rates remaining higher for an extended period, and stocks gave up earlier gains. Chairman Jerome Powell stated during a press conference that it is critical to maintain the fight against inflation so that the expectation of higher prices does not become entrenched.

“Inflation data received so far for October, and November show a welcome reduction in the monthly pace of price increases,” the chair said at his post-meeting news conference. “But it will take substantial evidence to have confidence that inflation is on a sustained downward” path.

The latest rate of inflation is the highest since December 2007, just before the global financial crisis hit the world when the Fed was vigorously loosening policy to fight what would turn out to be the worst economic slump since the Great Depression.

This time, the Fed is raising interest rates into what is expected to be a dormant economy in 2023.

Members expect the Fed’s rate to rise until it reaches a median level of 5.1% next year, equivalent to a target range of 5%-5.25. At that point, officials are likely to take a break to allow the effects of monetary policy tightening to be felt throughout the economy.

The consensus then predicted a full percentage point cut in 2024, bringing the funds rate down to 4.1% by the end of that year. Following that, another percentage point is cut in 2025 to 3.1% before the benchmark settles into a longer-run neutral level of 2.5%.

However, there was a fairly widespread outlook for future years, indicating that members are still determining what lies ahead for an economy dealing with the worst inflation since the early 1980s.

The most recent dot plot showed multiple members seeing rates significantly higher than the median point for 2023 and 2024.

Seven of the 19 committee members, both voters, and nonvoters, predicted that rates would rise above 5.25% by 2023. Similarly, seven members saw rates higher than the median of 4.1% in 2024.

The FOMC policy statement, which was unanimously approved, was virtually unchanged from the November meeting. Some observers expected the Fed to change the phrase “ongoing increases” to something less definite, but that phrase remained in the statement.

After inflation spiked to its highest level in more than 40 years, Fed officials believe raising rates help take money out of the economy, reducing demand and ultimately pulling prices lower.

The FOMC reduced its growth targets for 2023, with expected GDP gains of only 0.5%, barely above the threshold for a recession.

The GDP forecast for this year has also been set at 0.5%. The committee predicted 0.2% growth this year and 1.2% growth the following year in its September projections.

In addition, the committee raised its median estimate for its preferred core inflation measure to 4.8% in 2022, up 0.3 percentage points from the September forecast. Members slightly reduced their unemployment rate forecast for this year while raising it somewhat for the following years.

The rate hike comes after a string of reports showing progress in the fight against inflation.

The Labor Department reported on Tuesday that the consumer price index rose 0.1% in November, which was less than expected, while the 12-month rate fell to 7.1%. The core CPI rate was 6% when food and energy were excluded.

Both measures were the lowest since December 2021. The core personal consumption expenditures price index, which the Fed places more emphasis on, fell to a 5% annual rate in October.

All of those readings, however, remain well above the Fed’s 2% target. Officials have emphasized the importance of seeing consistent declines in inflation and have cautioned against relying too heavily on trends over a few months.

Powell said that while the recent news was encouraging, he still believes that service inflation is too high.

“There’s an expectation that the services inflation will not move down so quickly, so we’ll have to stay at it,” he said. “We may have to raise rates higher to get where we want to go.”

Central bankers continue to believe they have room to raise interest rates as hiring remains strong and consumers, who account for roughly two-thirds of all economic activity in the United States, continue to spend.

Nonfarm payrolls increased by 263,000 more than expected in November, while the Atlanta Fed forecasts GDP growth of 3.2% in the fourth quarter. Retail sales increased 1.3% in October and 8.3% year on year, indicating that consumers are weathering the inflation storm so far.

Inflation was caused by the convergence of at least three factors: the pandemic’s outsized demand for goods, which caused severe supply chain issues; Russia’s invasion of Ukraine, which coincided with a spike in energy prices, and trillions of dollars in monetary and fiscal stimulus, which created a glut of dollars looking for a place to go.

After dismissing price increases as “transitory” for much of 2021, the Fed began raising interest rates in March of this year, first tentatively and then more aggressively, with the previous four increases in 0.75 percentage point increments. Before this year, the Fed had not raised interest rates by more than a quarter point in 22 years.

The Fed has also been engaged in “quantitative tightening,” which involves allowing maturing bond proceeds to roll off its balance sheet each month rather than reinvesting them.

Each month, a total of $95 billion is allowed to run off, resulting in a $332 billion decrease in the balance sheet since early June. The balance sheet is now worth $8.63 trillion.

The T2 Terminal At Bengaluru International Airport Is The First In The World To Offer The Metaverse; Here’s How To Use It