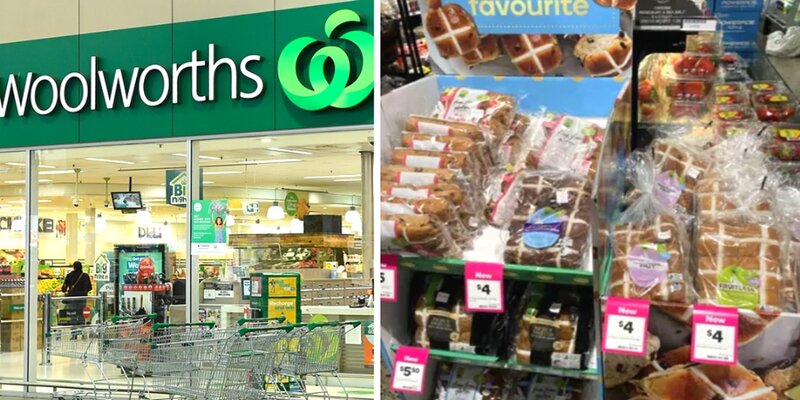 Customers in the United States are incensed by Woolworths‘ questionable decision regarding the release date of its hot cross buns.

Woolworths has declared that hot cross buns would be arriving on shelves somewhat early now that Christmas Day has officially passed.

The announcement has some customers incensed.

Even though the holiday is more than three months away, Woolworths has announced that hot cross buns with Cadbury Caramilk chips, which are only available in Woolworths stores, will be returning starting on Boxing Day.

The grocery store promised that more fans would be able to purchase a four-pack of the buns for $5 because they would be produced in greater quantities and would be readily accessible for a longer period.

The apple and cinnamon hot cross buns and the gluten-free versions will return.

“Our teams across the country are baking up a storm to bring Aussies the best innovation, quality, and value that Woolworths has to offer this Easter,” Woolworths merchandise manager Donald Keith said.

“We sold more than 1.8 million individual hot cross buns the first week they were on sale last year, and we anticipate the same as customers look to close off 2022 with a delicious and favorite treat. Partnering with Cadbury to bring back the highly anticipated Indulgent Hot Cross Buns featuring the delicious Cadbury Caramilk was an easy decision. Given the feedback from customers last Easter, we are confident these decadent buns will be popular again.”

“Are you kidding me? This must be a p**s take?” one furious shopper wrote.

“Take hot cross buns and shove it until Good Friday,” another customer wrote.

They added, “I hope you all had a wonderful Christmas today, and now we can look forward to the hot cross buns out tomorrow in the supermarkets; God spare me this lunacy.”

Others criticized Woolies for putting the buns out so early but failing to ensure enough supply by Easter weekend.

“Woolworths: The people want hot cross buns; we’ll start selling them the first day we’re open after Christmas! Easter Saturday? No, we don’t need hot cross buns to be available; nobody could want them then,” one wrote.

Others, on the other hand, lauded the decision and even went so far as to say that their families’ Boxing Day customs included eating hot cross buns.

“Cannot wait!” one wrote, garnering the response, “Boxing Days at Woolworths, we have hot cross buns, and I grab a pack for toasting and butter on it. Yum.”

When Coles, a direct competitor supermarket chain, also made the same decision to start selling hot cross buns on Boxing Day in 2020, it sparked the same controversy.

When the company took that decision, the chain claimed that there was a high demand at that time.

This year, Coles chose to bring back its Vegemite hot cross buns while claiming that this was due to popular demand. This decision was perhaps more contentious.

“The savory Vegemite mash-up is a favorite, but for something a little sweeter, the new brioche dough base of our limited-edition Fruity Brioche Hot Cross Buns gives a more premium feel to the classic taste our customers know and love,” Coles executive general manager of fresh Andy Mossop said.

After the Vegemite buns sold out in a matter of weeks the previous year, he confirmed Coles would have 80% more volume to meet demand.

Those incensed over a hot cross bun rollout that was too early should head to Aldi, which has confirmed it will hold off until the new year to introduce its selection.

On January 20, Aldi’s hot cross buns will be available in stores.

“Our customers can also look forward to the addition of some new varieties closer to Easter.”