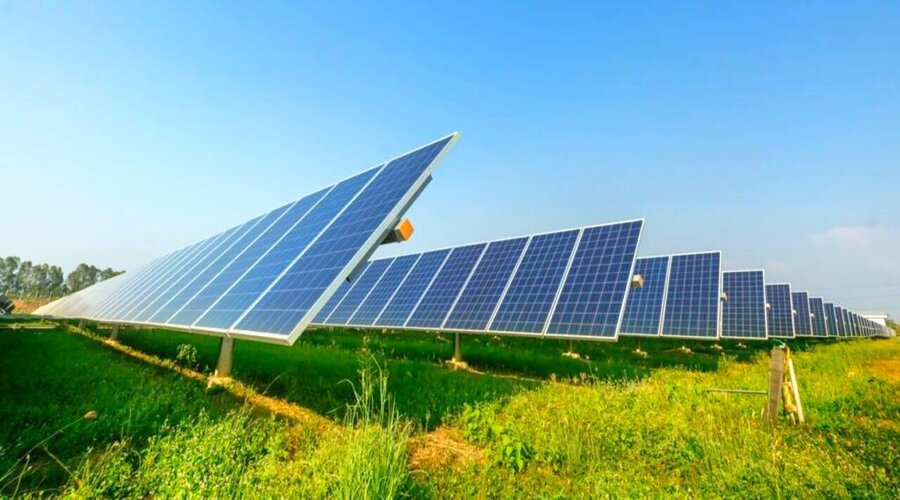 Commercial Solar Financing: A solar energy system is regarded as a valuable asset by small, medium, and large businesses alike. Not only can solar power significantly reduce the cost of your electricity bills, but it can also reduce your owed taxes and boost the value of your property.

Among the benefits of solar energy, there is one common stumbling block in the installation of the panels, and that is the cost of installation.

Solar system components are now less expensive due to technological advancements, and attractive government incentives sweeten the deal. However, it is true that solar energy necessitates a large initial investment. This investment will pay off in a few years, but only if you have enough cash on hand. The capital required to install the system must be owed by a person.

In this article, we’ll go over the three most popular solar financing options for businesses.

Purchasing Your System in Full with Cash

Most businesses around the world decide to buy a solar system outright with cash. This option has the potential to enable 100% of the benefits of solar, from energy savings to tax breaks.

Buying your system with cash may be simpler than you think. While a solar panel system does necessitate a large investment, current incentives reduce installation costs significantly, making system installation easier.

Using a Solar Loan to Buy a Commercial Solar System

Many people lack the cash necessary to purchase a car or a home, but those who have good credit can do so. The same is true for solar systems; you don’t need to have money on hand for your system to enjoy all of its advantages. Different lending institutions run different programs to make commercial solar financing easier.

Investment in solar power is stabilized by lending institutions. The price of the solar system can vary, but it is typically installed for around INR 60,000. The business will save INR 600 per month on electricity for the system’s entire life, which is roughly 25, 30 years.

Your investment will generate a positive return as long as you work with a reliable solar installer who uses high-quality components; it’ll be like the sun never sets!

There is a way to own a solar system even if you don’t have the money or the ability to get a loan. An alternative name for a solar lease is a power purchase agreement (PPA). You can generate solar electricity with the help of this solar lease by installing solar panels on your roof or other property. There are no installation costs associated with this.

Instead, you’re renting your land or roof to a developer of solar energy. This developer will create and set up a solar power system there. They will then sell you the electricity produced by the solar panels at a predetermined price that is less expensive than what you would pay for electricity from other sources.

The total cost of the solar project’s setup, which can reach INR 6 Crores per MW, is financed primarily by equity and debt. In essence, equity financing is the process of obtaining capital from investors or internal company stakeholders. At the same time, 70% of the project’s cost is covered by debt financing. This takes the form of a loan that is taken out with security.

Understanding commercial solar financing options is crucial before deciding to set up a solar power project.

Here, we’ve covered a few different methods for funding a project by a commercial solar company. The very first is:

Local banks are the primary financiers of commercial solar projects in India. Banks offer low-interest rates of 11-13% but require collateral equal to up to 100% of the loan amount.

For the past 7-10 years, these institutions have been facilitating loans. However, the limit has now been increased to 15 years; the credit goes to the enormous regulatory costs and the formalities that companies must complete before they can begin the solar project.

Low-interest loans for commercial solar projects are made available by NBFCs/Non-Banking Financial Institutions such as the Indian Renewable Energy Development Agency Limited (IREDA). Grid-connected solar PV projects, for example, can obtain loans with interest rates ranging from 10.2 to 11.4%, based on the grade assigned to the solar project by the authorities.

The IREDA helps facilitate loans for commercially and technically viable projects with a minimum debt requirement of INR 50 lakhs. The best part of the IREDA loan is that commercial solar projects only need to provide collateral worth 10-33% of the total amount requested.

Another reason that businesses are opting for commercial solar projects is the cost of due diligence, which has a large impact on the project’s budget and timeline. It is necessary to raise awareness about this issue.

Banks in India, both public and private

Mostly all public banks, such as the State Bank of India (SBI), Punjab National Bank (PNB), Bank of Baroda, Central Bank, and others, offer a scheme to facilitate debt financing for differentiated solar projects. ICICI, Yes Bank, and Axis Bank are among the private banks that offer loans for solar projects.

According to the predetermined release, SBI will finance the largest capacity of 15,000 MW of solar systems among all public sector banks. The bank offers loans for solar projects at annual interest rates ranging from 9.5% to 10.5%.

The Indian Renewable Energy Development Agency, also known as IREDA, is a Non-Banking Financial Institution (NBFI) that provides term loans for thermal and renewable energy projects and is governed administratively by the Ministry of New and Renewable Energy (MNRE).

75% of the cost of the solar project venture is covered by the financing provided by IREDA. Since IREDA’s responsibility is to conduct credit ratings for all grid-related projects, it assigns grades based on the risk assessment. Based on interest rates, the grades are assigned. As a result, we can say that they are linked. According to the state of the economy, the interest rates are set on a timely basis by a “Committee for fixing interest rates.”

IFC is a global financial institution that supports the growth of the private sector in developing nations by providing opportunities like consulting, investment, and asset management services.

Another one of the nation’s financial institutions is the Asian Development Bank (ADB). ADB was initially considered to be the main loan provider for solar power projects in India.

The company also contributes to a number of environmentally friendly funds, allowing it to provide equity at a lower cost and reduce the cost of financing for these solar projects. This action results in financial assistance under the Asia Solar Energy Initiative’s (ASEI) Asia Solar Generation Guarantee Facility (ISGGF) to support the growth of solar energy in developing nations. For projects larger than 25 MW, ADB also takes into account direct financing and/or guarantees.

Through its commercial endeavors, the Rural Electrification Corporation (REC) prioritizes the promotion of solar energy projects. REC is money provided to start power generation projects. According to REC’s proposal, the debt-to-equity ratio for private sector borrowers would be 70:30.

The German bank Kreditanstalt Fuer Wiederaufbau (KFW) previously provided financing for the Indian solar market. KFW has committed to providing financial support through KFW Development Bank for solar photovoltaic investments because it is a German bank.

The Infrastructure Funds are specialized power industry lenders. The two main funders in the solar energy industry are the Rural Electrification Corporation (REC) and the Power Finance Corporation (PFC). Investments are made in both big and little solar energy projects by a few investment banks, including Larsen & Toubro (L&T) finances, SBI Capital Markets, and BNP Paribas.

The goal of the World Bank-Clean Technology Fund (CTF) advance, which will support a number of solar photovoltaic (PV) technologies, is to increase the accessibility of rooftop solar systems to a variety of client gatherings.

Build Your Career In FinTech, Job Opportunities At: Paytm, CRED