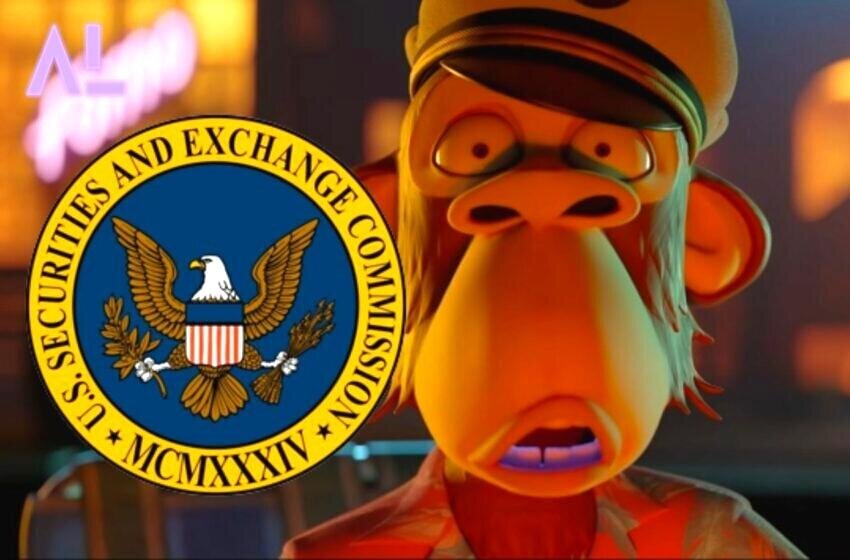 There are multiple implications of the reported probe into Yuga Labs, best known for its Bored Ape Yacht Club NFT collection, by the United States Securities and Exchange Commission (SEC).

The legal basis of the company’s high-value NFT products available for sale is the subject of the alleged investigation. The most notable are items from the famed Bored Ape Yacht Club collection, making PFP NFTs a household name on Web3.

There is no evidence that Yuga Labs has committed any wrongdoing that has prompted this investigation. Instead, as a Yuga Labs spokesperson stated in the Bloomberg report, it is intended to help policymakers and regulators “learn more about the novel world of Web3.”

The SEC is looking into Yuga Labs to see if the different digital assets it sells violate any federal laws. This includes the only cryptocurrency used by the BAYC community, ApeCoin, the Bored Ape Yacht Club NFT collection, and its derivative NFT collections.

This probe continues a global trend toward regulatory oversight in the cryptocurrency and NFT industries. The United States and the European Union have led initiatives to make these comparatively recent areas more welcoming — and safe — for investors and individual consumers of NFTs.

However, the question arises about why the SEC is paying specific attention to Yuga Labs via this reported probe.

Perhaps most of the excitement and publicity that saw NFTs take their first significant steps into the mainstream discussion came from the Bored Ape Yacht Club NFT collection when it arrived in 2021. The bull run of the NFT market throughout 2021 had a bit of a moment in broader pop culture partly because of how celebrities caked these expensive NFTs onto the social media platforms they used. By commercializing their prized NFTs in various ways, Bored Ape owners are beginning to witness the investments made by Yuga Labs beginning to bear fruit in 2022, even in the face of a continued bear market.

All of this ongoing buzz, however, was not without a cost. It makes sense that Yuga Labs has come under greater scrutiny due to the company’s rapid rise to prominence among leading internet brands. Yuga Labs now has the SEC on its side after surviving a PR crisis brought on by a user making unfounded accusations against its founders. However, that might not be all bad.

As the SEC undertakes its inquiry, Yuga has demonstrated a strong desire to work with it. It aspires for other well-known NFT projects to take its lead in adopting clarity and accountability.

“We hope to partner with the rest of the industry and regulators to define and shape the burgeoning ecosystem. As a leader in the space, Yuga is committed to fully cooperating with any inquiries along the way,” a Yuga Labs spokesperson said to the media.

This also begs whether this SEC probe will lead to a desire to change Supreme Court rulings that are almost a century old. There is a potential for that to happen, according to experts.

The Howey test, the subject of a 1946 Supreme Court decision, has also emerged in this debate. It is possible that this similarly outdated metric possibly classifies what might characterize future finance. The answer lies in the womb of the future. However, if Yuga Labs continues to cooperate, things in the NFT space may go on as usual.