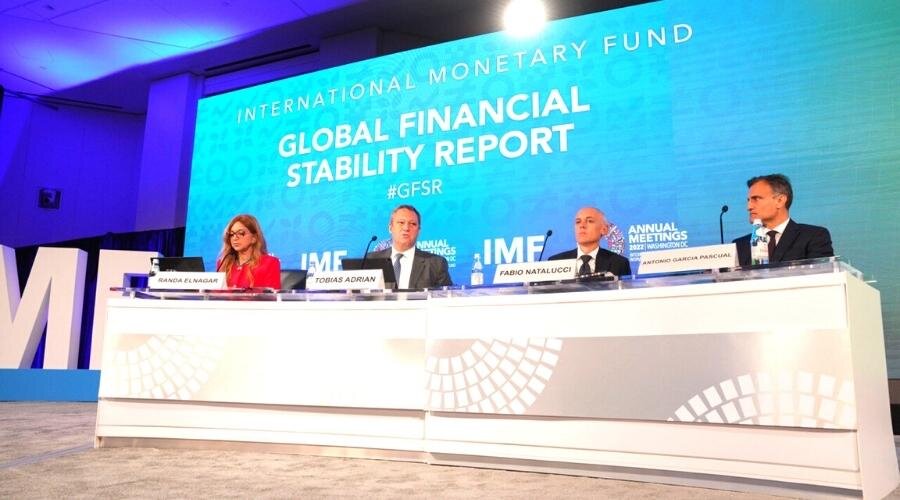 The IMF said Tuesday that central banks should “act resolutely to bring inflation back to a goal” after numbers reached multi-decade highs, pointing to an extremely tough financial stability environment.

The remarks in the current Global Financial Stability Report by the Washington-based crisis lender come as its annual meetings begin this week, entirely in-person for the first time since 2019.

The meetings occur at a difficult time for the global economy, with rising prices and interest rates threatening to ripple worldwide as countries recover from the coronavirus outbreak.

However, to prevent inflationary pressures from being “entrenched,” central banks should take strong action to reduce the figures, according to the IMF’s study released Tuesday.

This echoes previous statements by the fund’s chief, Kristalina Georgieva, who stated last week that it is too soon to back down because the risk of not doing enough is greater than the risk of doing too much.

The IMF Lowers India’s Growth Forecast To 7.4% While Warning That The World’s Three Largest Economies Are Slowing

On Tuesday, the International Monetary Fund said clear communication about policymakers’ pledges will be critical to “preserve credibility and minimize unnecessary market volatility.”

However, it acknowledged that established and emerging economies are experiencing increased difficulties.

He also stated that as monetary policy has tightened, financial asset prices have declined, while the economic outlook has deteriorated and recession fears have increased.

He was particularly concerned about the “failing property sector in numerous nations,” which “expresses concern about risks that could spread and spill over into banks and the macroeconomy.”

China, for example, witnessed its property sector fall and worsen when home sales were down during the Covid-19 outbreak, increasing developers’ cash problems.

Failures of real estate developers might also affect the financial industry, particularly certain small banks, according to the IMF assessment.

Meanwhile, according to the fund, developing markets face risks such as high borrowing costs and inflation, and uncertain commodities markets.