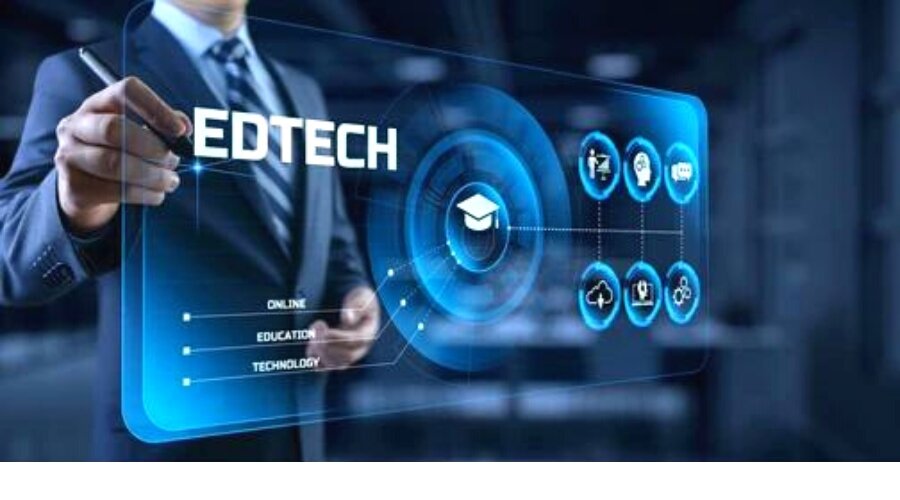 For edtech startups in India, 2022 has been a year with ups and downs from the resumption of offline classes to investors stepping back from aggressive investing and steps to implement cost reduction measures, 2022 turned out to be a year of disappointments after 2021 being possibly one of the best years that the sector experienced during the Covid pandemic.

According to the ‘Tracxn Geo Annual Report: India Tech 2022,’ education technology was one of the worst affected sectors in terms of funding. As demand has slowed, funding in the edtech sector has fallen by 39% compared to last year’s period. In 2022, BYJU’s, Upgrad, LEAD School, and PhysicsWallah raised five $100 million rounds, accounting for roughly 70% of edtech funding.

According to data, nearly half of all funding received in the edtech sector in India was accounted for by Byju in 2002, as the startup raised $1.2 billion from existing investors throughout the year.

Furthermore, reports claimed that the slowdown in demand and a crunch in funding forced edtech companies to lay off more than 9,250 employees in the entire sector. According to Moneycontrol, companies such as Lido Learning, Byju’s, Unacademy, and Vedantu laid off more than 1,000 employees in 2022.

In the years 2020 and 2021, edtech firms in India grew with the help of venture capital and increased screen time for locked-down students. According to a RedSeer report released earlier this year, the online higher education and life-long learning market are expected to be worth $5 billion by 2025.

“Edtechs had successfully proved their mettle in the last two years by enabling quality education when offline counterparts were brought to a standstill. It further accelerated cost-effectiveness, user-friendliness, and accessibility, even across the remotest locations,” Mayank Kumar, co-founder, and managing director upGrad, said.

However, 2022 was difficult for the sector due to a funding slowdown. According to Tracxn, a Bengaluru-based data provider, funding in the sector fell to $2.6 billion in 2022 from $4.1 billion in 2021.

“With just $2 billion in funding inflows, a prolonged funding winter, skyrocketing layoffs, and many growing companies in the sector shutting shop, edtech brands have suffered to sustain their revenue and growth,” Manan Khurma, founder and chairman, Cuemath, stated.

Gaurav Munjal, the co-founder of Unacademy, took to Twitter to warn that the funding freeze is likely to worsen.

“Winter will get worse. Get to profitability asap. And then grow from there. Stop all unnecessary spends. Focus on building great products and organic traction channels,” he tweeted in November.

Cybersecurity Firm Claims No Let-Up In Exploits, Flash Loans, Or Exit Scams In Crypto Industry In 2023

While the sector suffered as schools and colleges reopened, adult learning continued to grow, according to industry participants.

“The ecosystem is fairly big and we have seen the life-long learning or adult learning segment driving stronger career outcomes for its learners in terms of enhancing their employability quotient and fostering job opportunities,” Kumar said.

“Now as we enter into 2023, for businesses, consolidations will continue to pivot the ecosystem for driving sustainability, as both digital and large offline businesses seek to achieve scale through inorganic movements,” he added.

According to Divya Gokulnath, co-founder of Byju, the company will begin focusing on building brand awareness overseas through new partnerships and will hire 10,000 teachers for India and overseas businesses.

“We have designed a path to profitability which we plan to achieve by March 2023,” she said.

The upcoming year will also focus more on the international student movement from India, according to upGrad. “We have introduced new business lines in this fiscal year that will continue to amplify our growth in India and internationally,” he added.

Experts believe that it will be critical to focus on delivering better learning outcomes in the future.

“Sustainability in terms of profitability and not valuation must become a fundamental tenet. The growth at the cost of enormous marketing spending, layoffs, and shrinking spending capabilities directly impact the company’s fundamental stability. Edtech businesses must be cognizant of their bloated CAC (Customer Acquisition Cost) and shrunken LTV (Lifetime Value) as it will lead to further cost increases,” Khurma pointed out.

Recession: The IMF’s Chief Warns That A Third Of The Global Economy Will Likely Enter A Recession This Year