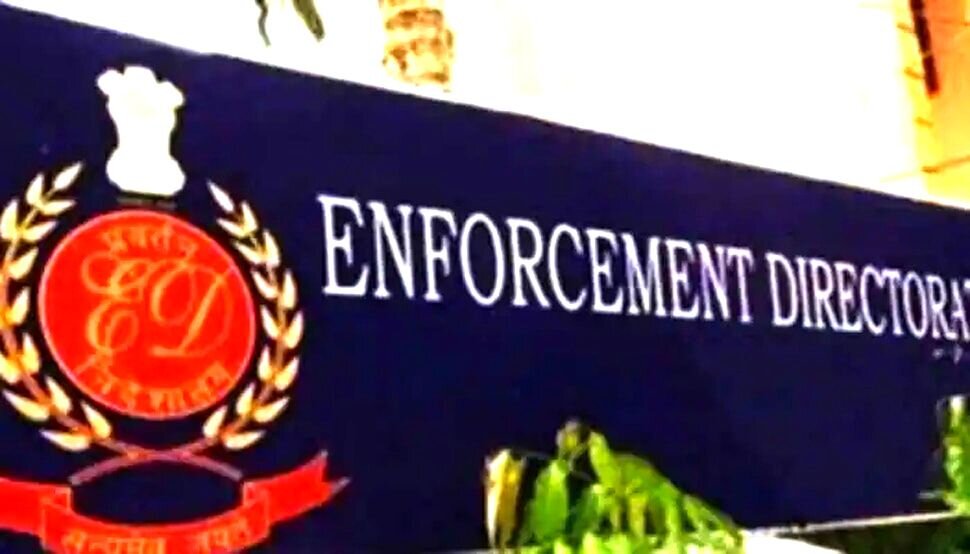 Funds of merchant companies stored away in online payment gateway accounts of Easebuzz, Razorpay, Cashfree and Paytm worth Rs 46.67 crore were frozen by the anti-money laundering agency of the India – Enforcement Directorate (ED).

This was done after the agency conducted raids against a “Chinese-controlled” investment token app earlier in the week, the ED said.

The funds were frozen by anti-money laundering legislation.

The latest action comes after the Enforcement Directorate (ED) raided the Bengaluru offices of Razorpay, Paytm, and Cashfree earlier this month, alleging irregularities in the operations of instant app-based loan-giving companies “controlled” by Chinese individuals. A seizure order for Rs 17 crore held in their accounts was later issued.

The latest searches were conducted on September 14 at multiple locations of the accused in Delhi, Mumbai, Ghaziabad, Lucknow, and Gaya in connection with a money laundering investigation involving an app-based token called HPZ and related entities.

The ED also searched sixteen bank and payment gateway locations in Delhi, Gurugram, Mumbai, Pune, Chennai, Hyderabad, Jaipur, Jodhpur, and Bengaluru for the same operation, according to a statement from the federal agency.

The ED case, filed under criminal sections of the Prevention of Money Laundering Act (PMLA), stems from an October 2021 FIR filed by Nagaland’s Kohima Police’s cybercrime unit against the accused company and its linked persons.

According to the report, Rs 46.67 crore was frozen in various bank and virtual accounts.

According to Paytm, the frozen funds “do not belong to the company,” and the entities under investigation are “independent merchants.”

The ED said HPZ Token “promised users of large gains by investing in mining machines for Bitcoin and other cryptocurrencies.” According to the report, the “fraudsters” enticed the victims to invest in the company by promising to double their money through the HPZ Token app.

“Payments were received from users through UPI and other various payment gateways/nodal accounts/individuals,” the probe agency said.

While some money was returned to investors, the rest was diverted to various individual and corporate accounts via payment gateways/banks, where it was partly “siphoned off” in digital/virtual currencies, according to the agency.

The fraudsters then stopped accepting payments, and the website became inaccessible.

Lillion Technocab Private Ltd and Shigoo Technology Private Limited ran the HPZ token. The latter was discovered to be “connected to various Chinese-controlled companies,” according to ED.

A Razorpay spokesperson stated that about one and a half years ago, they proactively blocked all suspicious entities who conducted illegal business through multiple payment gateways and banks and shared the details with authorities.

“None of the funds directed to be frozen belong to Razorpay.

“We will continue to provide necessary information to authorities to assist in this investigation. We want to reiterate that all our operations and onboarding processes adhere to the highest governance and regulatory guidelines standards,” Razorpay said.

Easebuzz said, “None of the parties mentioned in the ED’s statement belonged to our merchant base.”

“The entities mentioned by authorities were only the counterparties of the merchant using our payment gateway. This merchant had been proactively identified and blocked by us much before the investigation started, per our internal risk and compliance process.

“We intend to fully cooperate with the investigation authorities as we are committed to ensuring that our business operations comply with the existing regulations,” an Easebuzz spokesperson said.

The ED investigated these payment gateway companies in 2020, shortly after the Covid pandemic spread in India.

The ED launched an investigation under the criminal sections of the PMLA after many debtors ended their lives with the police, claiming they were coerced and harassed by these loan app companies by making their personal information available on their phones and using high-handed methods to threaten them.

It was claimed that the companies obtained personal information about the loan-taker when they downloaded these apps, even though their interest rates were “usurious.”

According to the ED, alleged criminal proceeds were routed through these payment gateways.

It claimed that various other companies were also receiving public funds under the guise of operating apps and websites for gaming, loans, and other online activities.

“The ED suspected the involvement of Jilian Consultants India Pvt Ltd, Gurugram, behind various companies involved in these frauds,” it said.

On September 8, Finance Minister Nirmala Sitharaman convened a meeting of top officials from her ministry and RBI officers to discuss issues related to illegal loan apps. It was decided to take appropriate measures to check the operations of such apps.