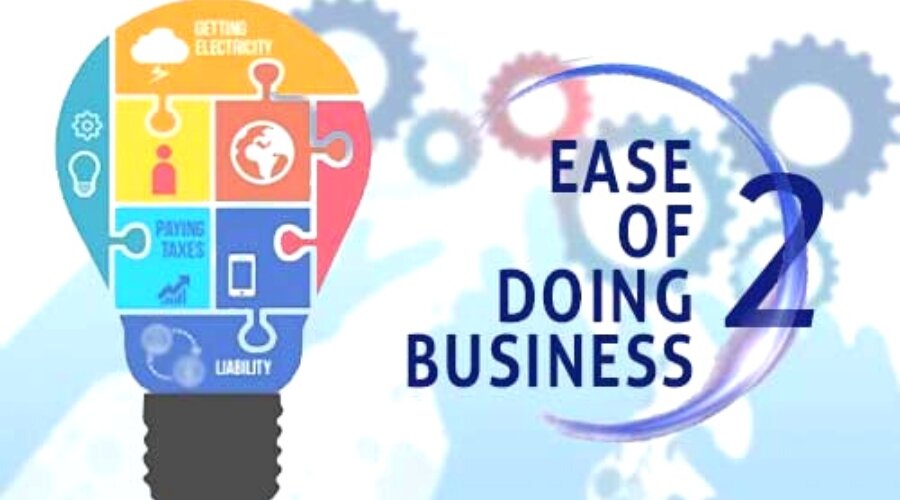 Will India Sustain Rising Ranking In the Ease Of Doing Business?

India recorded an improvement in the annual World Competitiveness Index of the Institute of Management Development (IMD) in 2022 as it moved up in the rank by 6 positions to 37th position among 63 countries on the list.

According to the Indian government’s statement in the Parliament in 2022, more than 33,000 compliances have been streamlined, rationalized, digitalized, or decriminalized by central ministries/departments, states, and union territories within two years of the report. And steps are being continuously taken to continue rationalizing the compliances.

India was ranked 136th globally in terms of “Starting a Business.” Hence, the Department for Promotion of Industry and Internal Trade (DPIIT) introduced the innovative National Single Window System (NSWS) in September 2021 to make it easier. All types of approvals and clearances for business are now provided electronically by NSWS, which bridges the gap between state and federal agencies in a timely and hassle-free manner.

There has also been a spate of reforms in India in the area of trade facilitation which has aided in imp[roving India’s position from 146th in 2018 to 68th in 2020 on the global ranking system developed by the World Bank. For exporters and importers, initiatives like the switch to a paperless compliance system and increased clearances via the Risk Management System have reduced dwell times and transaction costs.

Digitization needs to continue to maintain the pace of reforms and ensure quick clearance of cargo. Improving the efficiency of grievance redressal mechanisms and bringing uniform customs procedures across geographical boundaries are also crucial for India to maintain and improve the ease of doing business in India, say, experts.

Several reform measures are being implemented to simplify the process of contract enforcement, a parameter where India was ranked at a low 163rd position in 2020. This includes the creation of special Commercial Courts, the automatic and arbitrary assignment of cases, introduction of electronic case management tools, and a renewed focus on ADR mechanisms.

According to the website of the Ministry of Law and Justice of India, the time it takes to resolve commercial cases has decreased over the last two years by almost 50%, to 626 days, because of the new efforts, while the time needed to file cases and serve summonses has also decreased, from 45 days to 15 days. At the same time, decriminalizing business laws that involve minor offenses reduces the potential for litigation. Before India’s system for enforcing contracts could be compared to the best in the world, a long way still needs to be traveled, say, experts.

The Insolvency and Bankruptcy Code (IBC), introduced by the government in 2016 to simplify the exit process, enables failed businesses to liquidate their assets quickly or, if feasible, restart their operations. As a result, between 2017 and 2020, the average time to resolve insolvency decreased from 4.3 to 1.6 years.

Since 2014, states and union territories have been implementing strict reform measures as part of DPIIT’s Business Reform Action Plan (BRAP), which includes evaluating and ranking them annually. This has resulted in continuous improvement in the business environment across India. States and UTs are working hard to rationalize and digitize compliances, eliminate the need for paper submissions, ensure timely approvals, encourage joint inspections, and promote self- and third-party certification, among other goals. Most ease of doing business problems are state-specific, so maintaining the focus on BRAP is crucial to its success and the efficient implementation of reforms.

The development of a successful Single Window System for all regulatory approvals and renewals with clauses for time-bound clearances or deemed approvals, self- or third-party certification for all feasible areas, and strict deterrent action for rule and regulation non-compliances must be identified as new reform areas moving forward, say experts. The industry’s ability to receive benefits effectively would also need to be a priority. The significant increase in ease of doing business will undoubtedly make the Indian industry much more competitive on a global scale and increase our chances of luring foreign investment, according to experts.