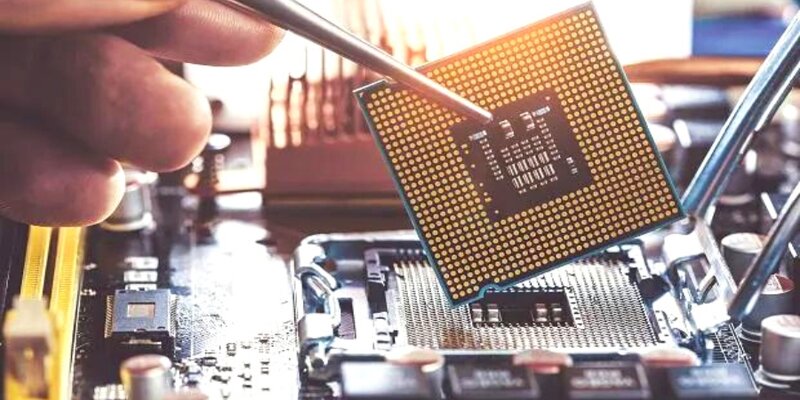 Work On India's First Semiconductor Factory Can Begin In Early 2023

According to the Indian business publication Mint, work on ISMC Digital’s $3 billion factory in the southwestern state of Karnataka could start within months once the company gets approval from India’s central government.

According to reports quoting an official of the Karnataka government, the timeline for the semiconductor project was given by the state’s Minister for Information Technology, Electronics, and Skills Development. According to the government official, this means Karnataka could become the first Indian state to establish a semiconductor factory.

This would mean that ISMC’s Karnataka factory will most likely be launched before a planned factory in the western state of Gujarat by Taiwan’s Foxconn and Indian firm Vendanta, as well as the $3.2 billion semiconductor park planned to be set up in the southern state of Tamil Nadu as has been proposed by Singapore’s IGSS Ventures.

However, according to reports previously published, semiconductor-making factories need significant effort to get started, so ISMC’s fab will be operational in four to five years, according to the Business Standard.

ISMC, which stands for International Semiconductor Consortium, is a partnership between Next Orbit Ventures in the United Arab Emirates and Tower Semiconductor in Israel.

With Intel planning to buy Tower for $5.4 billion early next year, Intel may end up with a stake in the ISMC fab in Karnataka.

The ISMC plant in Karnataka will produce analog chips ranging in size from 45nm to 65nm for use in the defense and automotive industries, among others. As previously stated, the ISMC fab is expected to generate approximately 1,500 direct jobs and 10,000 indirect jobs due to the plant’s expected economic impact.

ISMC and other companies planning fabs in India hope to benefit from the $10 billion in chip subsidies set aside by the federal government to help build the domestic semiconductor industry.

While India does not have any semiconductor chip production factories, the country has served as a hub for chip design and other activities. Intel, for example, has a sizable design and engineering presence in the country, with 13,500 employees as of last year. Other Indian chip companies include MediaTek, TSMC, and NXP Semiconductors.

India’s push to become a chip-making hub is aided by the United States increasing efforts to stymie China’s semiconductor industry. According to the Business Standard, US restrictions on semiconductor manufacturing equipment sales to China have prompted some companies to consider shifting production to India.

Excel In FinTech, Start Your Journey In: CASHe, Groww