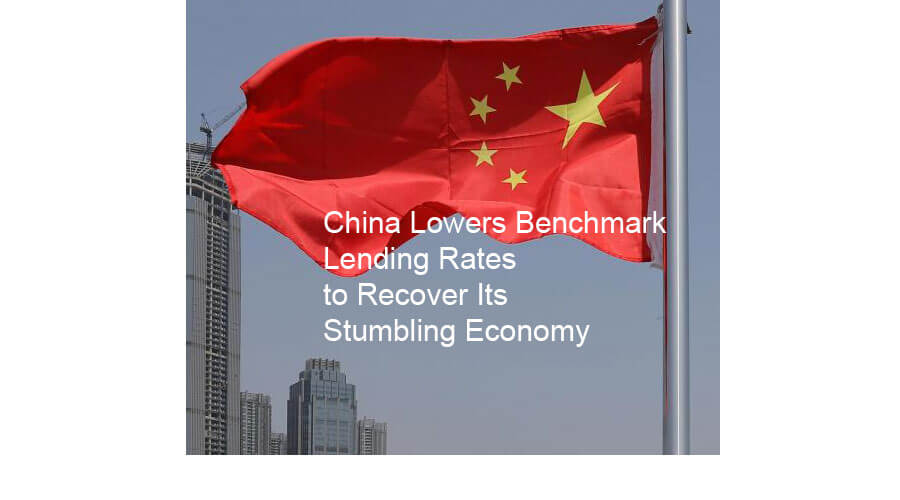 On Monday, the People’s Republic of China lowered its benchmark lending rate and decreased the mortgage reference rate. The country’s capital, Beijing, is stepping up by making attempts to revitalize an economy that has been hampered by a crisis in the property sector as well as a rise in the coronavirus cases.

After a run of developer defaults and a decline in home sales, regulators are working to stabilize the real estate market. This effort is highlighted by the announcement of the steeper reduction in the mortgage reference rate (MRR).

At the monthly fixing of the People’s Bank of China, which is the country’s central bank, the 5 year Loan Prime Rate (LPR) got cut by 15 basis points (bps) to around 4.3%, while the 1 year LPR got reduced by 5 basis points (bps) to about 3.65%. The 1 year LPR had been last lowered in the month of January. The price of home loans is influenced by the 5 year tenor, which was most recently cut in the month of May.

The Chief Financial Market Analyst of MUFG Bank Ltd which is the largest bank in Japan, Marco Sun, made a statement saying that the unbalanced lowering of Loan Prime Rate (LPR) was consistent with what had been anticipated. He further stated that the 15 basis points (bps) reduction in the 5 year LPR made the policy goal very clear, which was to increase the demand for long-term borrowing.

According to certain sources, the People’s Republic of China will be boosting the sector that contributes about 25% of the country’s Gross Domestic Product (GDP) by guaranteeing new onshore bond issuance by a small number of carefully chosen private developers.

The 2nd largest economy in the world, China, just avoided falling in the 2nd quarter (Q2) as a result of widespread lockdowns and a real estate crisis that severely undermined consumer and corporate trust. Consumption is nevertheless hindered by Beijing’s tight “0 Covid” policy, and the past few weeks have seen a recovery in instances. The likelihood of a robust comeback in China is being undermined by a downturn in international growth and ongoing supply-chain issues, which just adds to the misery.