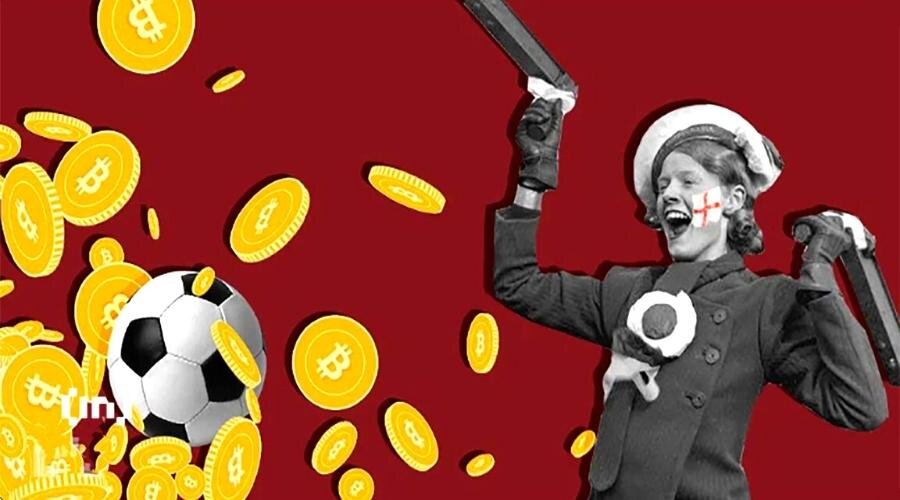 The FIFA World Cup, which begins later this month, is anticipated to be the first to introduce cryptocurrency to the general public. It is arguably the biggest sporting event in the world after the Olympics.

The industry’s prominence among the event’s sponsors is one of the causes. Crypto.com was selected as one of the World Cup’s primary sponsors earlier this year by the event’s planners. When the event begins on Nov. 20, it will expose the exchange to a projected audience of five billion viewers.

The platform has been among the most successful in securing promotional agreements through creating commercials and acquiring arena naming rights. These have been crucial in spreading awareness of cryptocurrencies more broadly and in maintaining the brand’s prominence.

Visa is the Latest Trade Finance Company to Adopt NFTs

A significant supporter of FIFA, Visa is working with Crypto.com to promote the event. Five nonfungible tokens (NFTs) with notable World Cup goals from various nations are being auctioned off by the payments company. According to Visa, the auction’s proceeds will be donated to charity. It will run until Nov. 8.

Visa will offer fans the chance to create their own NFTs in addition to these during the event. Six-on-six games lasting four minutes are available for World Cup spectators to take part in at the FIFA Fan Festival. The interactive playing field will record their movements and create one-of-a-kind GIFs in the colours of their chosen national team.

After that, players can receive their GIF as an NFT via a Crypto.com account.

After the last World Cup, adoption has increased

Since the last World Cup, crypto awareness has grown, but Russia, the previous host nation, is now in a different situation. The nation invaded Ukraine in February, leading to economic sanctions that cut off its access to most of the world. As a result, many Russians have started using cryptocurrencies for storage or to complete transactions.

However, despite the independence from centralized authority and the financial inclusion ethos of cryptocurrencies, it has grown more challenging for crypto exchanges to continue providing their services to Russian users.

Many exchanges can no longer operate in Russia due to sanctions that the US and the EU later imposed. Others have sold off their companies in the nation due to the war’s limited opportunities for growth.

In the meantime, the region hosting the upcoming World Cup has seen a dramatic increase in cryptocurrency use.

According to Chainalysis, the Middle East has experienced the fastest growth in cryptocurrency adoption over the past year. Much of this has been sparked by investments in the United Arab Emirates, a country in the gulf that is Qatar’s neighbour.

The UAE is establishing itself as a major cryptocurrency hub by opening regional headquarters for some of the biggest companies in the industry.

Soccer tokens are emerging worldwide in anticipation of the World Cup

The value of cryptocurrencies related to the World Cup has also been rising. The most notable has been Chiliz (CHZ), the cryptocurrency that powers Socios.com and has ties to numerous important football clubs. According to CoinGecko, the price of CHZ has increased by almost 43% over the last two weeks.

The World Cup this year might be the last one to feature two top athletes in the game. Lionel Messi and Cristiano Ronaldo are in their mid-to late-thirties, which marks the end of the professional athlete’s prime playing years.

Nevertheless, their participation has increased demand for fan memorabilia of their respective nations, Portugal and Argentina. In the last two weeks, the value of ARG and POR fan tokens has increased by almost 50%.