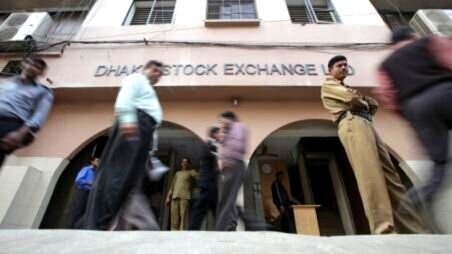 After being in a sluggish and bearish trend for several weeks, stocks began to pick up steam again on Monday, December 12, as bargain hunters swooped in to buy oversold stocks before the year’s end.

For the first time since November 23rd, DSE turnover increased by 37% on Monday to exceed Tk500 crore.

The leading bourse’s broad-based index, or DSEX, had two straight profitable sessions before rising 0.4% on Monday to close at 6,267, its highest closing value since 13 November.

According to EBL Securities, “the market started with an upward momentum that sustained throughout the session as investors chose to take positions in equities since the prevailing worries regarding political unrest have been somewhat allayed.”

The political protests in the capital on December 10 caused some investors to move more slowly, according to stockbrokers, but once they were over without much tension, they felt better.

However, worried investors have yet to regain faith in the trading floor due to the market’s limited opportunities for liquidation and the poor performance expectations of the majority of listed companies, which have only increased their worries about the future of the market.

Investors have been busy speculating about potential moves that institutional investors, such as banks, insurance companies, market intermediaries, and corporate portfolio investors, may make before the year is out because their decisions in pivotal moments greatly influence the direction of the market.

Investors were cautious in their stock trading in the recent weeks due to a lack of confidence and a liquidity crisis in the banking industry.

In addition, the market remained quiet for weeks due to the floor price that forced the majority of listed scrips to trade at artificially maintained price levels while investors showed little interest in purchasing scrips.

Stockbrokers claimed that this week’s rising prices and volume in the market helped to some extent increase investor confidence in the capital market.

Together, the paper, IT, and pharmaceutical and chemical industries contributed about half of the DSE’s revenue on Monday, and most industries saw some growth.

On the other hand, the ceramic and tanning industries experienced price corrections of about 0.3% on Monday.