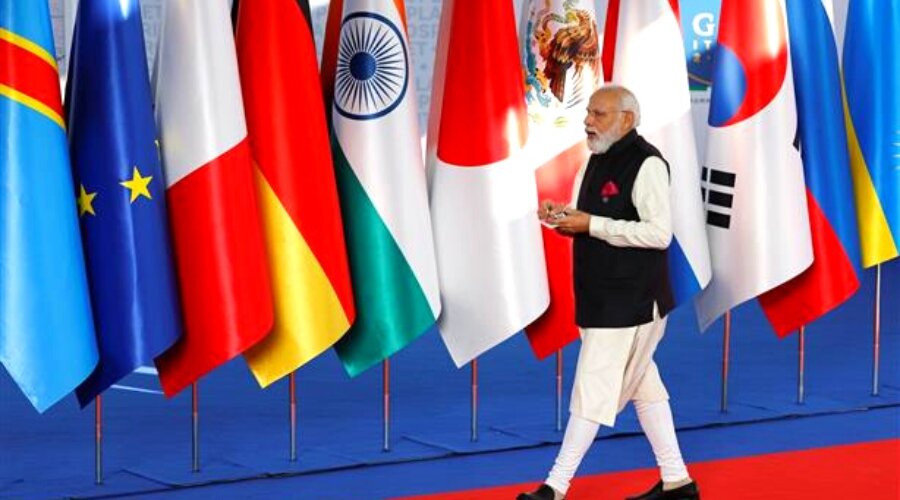 India is prepared to take charge of the intergovernmental forum for addressing major issues related to the global economy, the G20 or Group of Twenty Presidency, from the 1st of December this year (2022), which is today.

Between the 1st and 7th of December, around a hundred monuments, which include the United Nations Educational, Scientific and Cultural Organization (UNESCO) World Heritage sites that bear the logo of the G20, would be illuminated for about seven days, from the Red Fort or Lal Qila of Delhi to the Great Living Chola Temple in Thanjavur.

Despite considerably lower manufacturing output, the economy of India expanded by 6.3% in the 3rd quarter (Q3) of Fiscal Year 2023 (FY23) thanks to strong services activity, indicating an inconsistent post-pandemic rebound in the 3rd largest economy of Asia. Although surveys that have been reported estimated a 6.2% rise for the quarter, India’s central bank, the Reserve Bank of India (RBI) prediction of 6.3%, proved accurate.

The G20 Presidency has been passed on to India during challenging circumstances, with each obstacle presented as a prospect. In Bali, the Prime Minister of India, Narendra Modi, declared that India’s Presidency is determined, comprehensive, and practical. India believes that to ensure that they can provide relief to people worldwide properly, international leaders should unite and seize this chance. To guarantee developed nations fulfill their 100 US Dollar promise, they aim to make use of transformation to advance technology, encourage development led by women, offer leadership oriented on people, and work extensively to combat climate change.

Before actually assuming the Presidency, they had already distributed the issue note about fifteen days prior. The numerous working groups must also consider the objectives and goals set by India. They will be equipped to address the problems with economic growth that are currently faced worldwide, such as many economic slowdowns as well as a looming global debt crisis, thanks to the action-oriented nature of their Presidency.