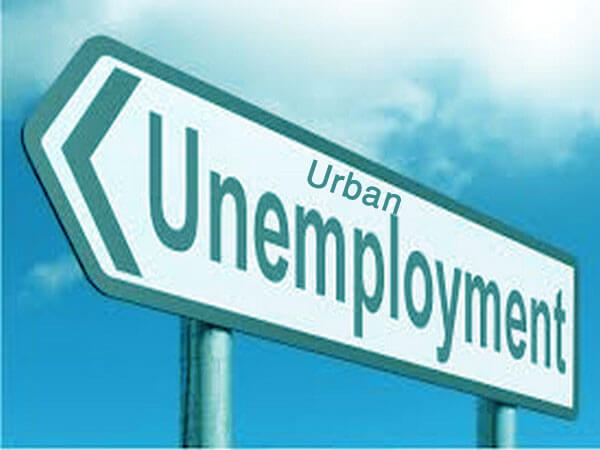 The urban unemployment crisis caused by the COVID-19 outbreak is still weighing on India’s economy.

In India, people from the middle class and even the upper middle class have been laid off, in addition to daily wage employees. This is because, since the outbreak of the pandemic, unemployment in Indian cities has steadily climbed.

According to the Centre for Monitoring Indian Economy, an independent research tank, the urban jobless rate was above 9% in December, a worrying figure in a country where cities house the majority of higher-paying jobs.
There’s more to India’s unemployment crisis, which has grown like a cancer across practically every industry. Consider the automobile business. Prior to the epidemic, this industry operated well in Indian cities, producing many jobs.

However, car sales have remained low since the outbreak of the pandemic. Automobile dealerships that sell vehicles or auto parts have been closing down one by one. As a result, workers in this business have been losing their jobs, contributing to the rising rate of urban unemployment in particular and total unemployment in the country.
Micro, small, and medium-sized firms in India account for half of the country’s exports.

These businesses provide 30% of nominal GDP and account for 95% of industrial units. Unfortunately, the pandemic has damaged these firms, causing ripple effects throughout the Indian economy.

Last December, India’s minister of micro, small, and medium enterprises, Narayan Tatya Rane, published the results of an online poll that revealed that 9 percent of these businesses had to close due to the pandemic. Another poll, done earlier in May 2021 among 6,000 of these organisations and startups, discovered that 59% planned to close, scale down, or sell their businesses by the end of 2021.

Micro, small, and medium-sized businesses employ 110 million people, making them one of the most important contributors to the Indian labour market. As these companies close or scale back their operations, labour unemployment is rising tremendously. As a result, a rising number of labourers, who often live on the breadline, have been unable to find work. Many are compelled to roam the streets in search of food and shelter.

Because of the closure or downsizing of micro, small, and medium firms, which employ millions of people across the country, India is unlikely to be able to lower unemployment rates anytime soon. This has resulted in an increase in the unemployment rate in cities, which house practically all of the country’s higher-paying occupations.