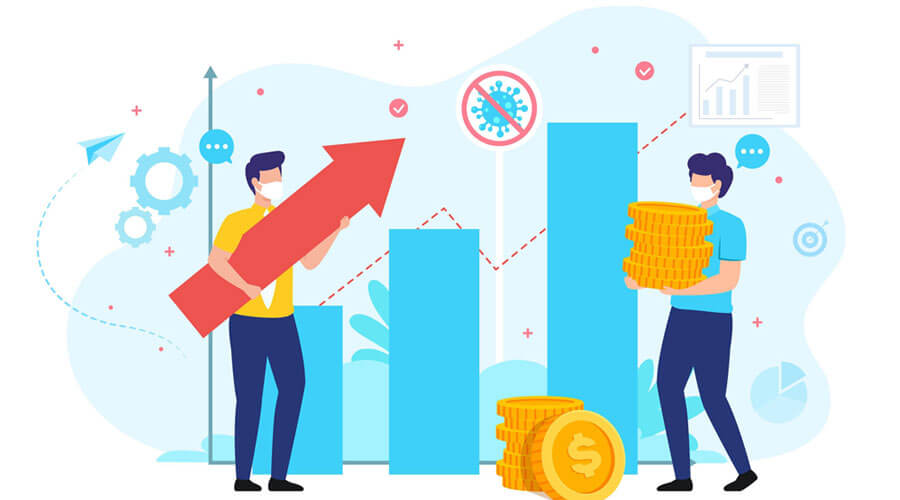 A viral social media video showing frenzied images of shoppers during an end-of-season sale at Lulu Mall in the southern Indian city of Cochin earlier this month threatened to produce a human crush as businesses offered up to a 50% discount as India recovered from the coronavirus outbreak.

The pandemic had slowed output and had taken a heavy humanitarian and commercial toll on Asia’s third-largest economy.

However, this recovery is being jeopardised by rising prices, which are being fueled mostly by India’s reliance on imported oil.

Analysts warn that any downturn in India, a consumer market and manufacturing powerhouse of growing global importance, would be yet another piece of bad news for the global economy as the US enters recession and China’s pace slows rapidly.

The mounting concerns are highlighted by a Financial Times examination of India’s susceptibility to the fuel price shock, trade figures, and other data.

“I think the growth momentum is pretty strong, and that is visible in many indicators,” said Bidisha Ganguly, chief economist with the Confederation of Indian Industry. “But there are threats, with the oil price being the main one.”

Despite US and European sanctions over Vladimir Putin’s invasion of Ukraine, Narendra Modi‘s government has been buying Russian oil at a discount in a country that has traditionally kept tight ties with Moscow.

This, however, has not been sufficient to absorb the energy shock. In June, India posted a record $26.2 billion trade deficit, the largest among major Asian nations, owing primarily to crude oil imports.

Fuel accounted for 30% of India’s imports by value last year, even before Russia’s invasion of Ukraine sent prices skyrocketing, according to the World Bank, more than double the average of 14.7% for other big Asian nations.
Unlike in certain Southeast Asian countries, services and consumption, rather than international commerce, remain the primary drivers of Indian growth, despite the fact that many consumers are feeling impoverished.

The country’s inflation rate, which reached 7.01% in June, is second only to Thailand among larger Asian nations.

“There are increasing signs of consumer weakness that will play out more prominently in the second half, and that is why growth could slow down,” said Dhiraj Nim, an ANZ economist and strategist based in Bangalore.

During the festival season, which begins in August, many Indians marry or purchase vehicles or household items such as washing machines.

“If inflation does not get checked by September or October, that’s the time when consumption picks up,” said Madan Sabnavis, chief economist of Bank of Baroda. “And it [inflation] could get in the way of consumption.”

Given the significance of India’s farming sector, economists are also keeping an eye on the yearly monsoon rains. When India has exceptionally high rainfall or a late monsoon, staples such as onions, potatoes, and tomatoes suffer. “If a crop is harmed, we could see inflation continue high,” Sabnavis added.

Rising imports and increased inflation are pushing India’s current account into the red. The deficit is now expected to be one of the highest among major Asian economies this year, trailing only the Philippines.

The rupee, like many other emerging market currencies, has fallen in value versus the US dollar, which has been strengthened by interest rate hikes and investor flight to safety.

During intraday trading this month, the rupee fell to a record low of more than 80 versus the dollar.

India’s growth is likewise slowing after rebounding from Covid-19 in 2021. The Asian Development Bank has reduced India’s GDP growth forecast for this year by 0.3 percentage point, citing “rising inflation and related monetary tightening.”

The ANZ forecasts 6.7% GDP growth this fiscal year, which is lower than the 7.2% predicted by India’s central bank. “GDP growth was decent in the first quarter, but the pent-up demand surge is now fading,” Nim said. “I doubt there will be another surge like it.”