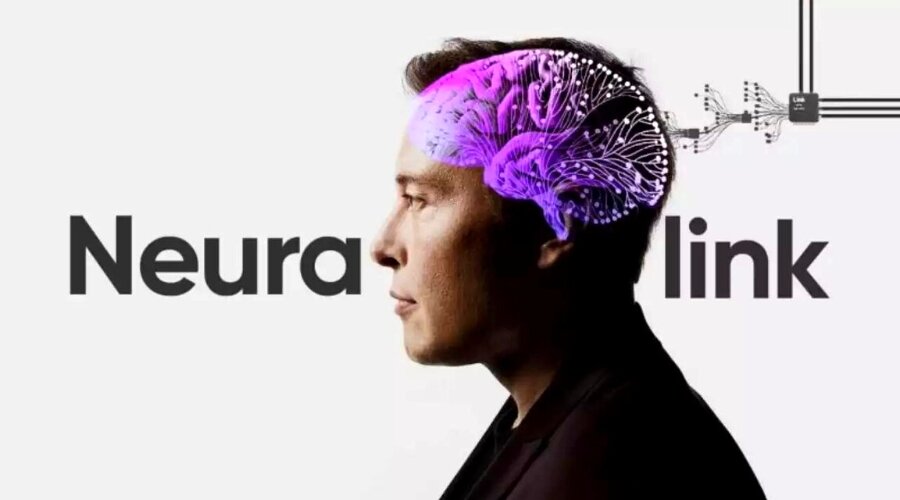 This product from the company, which comprises a tiny device and electrode-laced wires, as well as a robot that digs out a part of an individual’s skull to implant the device into the brain, has been refined by Neuralink.

According to Musk, currently, the company is holding discussions with the US Food and Drug Administration (US FDA), which have been positive to the extent that the firm has made final plans to conduct its first human trials within the next six months.

In quintessential Elon Musk style, Neuralink is already charging ahead, intending implants at other body parts. Musk disclosed ongoing work on two major products in the category and the brain-computer interface. The company is working on implants that can be inserted into the spinal cord and potentially restore movement to paralyzed people. It also includes an ocular implant designed to improve or restore human vision.

“As miraculous as that may sound, we are confident that it is possible to restore full-body functionality to someone with a severed spinal cord,” Musk said.

“Even if they have never seen before, we are confident they could see,” he added while referring to Neuralink’s vision work.

The primary objective of a brain-computer interface, or BCI, is to initially enable an individual suffering from a painful condition, such as amyotrophic lateral sclerosis (ALS) or the repercussions of a stroke, to communicate through their thoughts. The firm illustrated this by putting a monkey in front of a screen and “telepathically typing” on it. The Neuralink device converts neuronal spikes into data that a computer can understand. Musk hopes the device will one day become commonplace, allowing information to be transferred between humans and machines. He has long argued that humans can only keep up with artificial intelligence’s advances with the help of computer-like augmentations.

“You are so used to being a de-facto cyborg,” Musk said. “But you’re limited if you’re interacting with your phone.”

Musk and his team have already accomplished some of the things in academic settings, as has been the case with previous Neuralink events. Critics have long accused Musk of exaggerating Neuralink’s advancements and over-promising what the technology will be capable of doing shortly, if ever.

For decades, academia has been researching and developing brain-machine interface technology. On the other hand, Musk’s entry into the fray has sparked a flood of venture capitalist investment into startups, propelling the field forward at a much faster pace.

Regarding human trials, a couple of similar startups are ahead of Neuralink. Synchron Inc., for example, has implanted a small stent-like device into patients’ brains in Australia and the United States. Patients unable to move or speak can now communicate wirelessly using computers and their thoughts thanks to the product. Onward Inc. has also accomplished ground-breaking work restoring movement in people with spinal cord injuries.

Neuralink’s proposed brain surgery is far more invasive than Synchron’s or most other competitors in the industry. A patient’s skull must be removed, and wires must be implanted into their brain tissue.

For years, Neuralink has performed experiments on primates to demonstrate that the surgery is safe and that the implant can remain inside the brain for extended periods without causing harm.

Animal rights activists criticized Neuralink’s previous treatment of primates when it relied on a partner laboratory for some of its experiments. Neuralink in-housed its animal husbandry program years ago and has worked hard to make it a model for others. This reporter has visited the primates a few times in the last two years. They appeared well-cared for and showed no signs of harm from the implants.

The advantage that Neuralink has over its competitors is one of processing power. Musk believes that more invasive surgery, combined with greater computing power, will enable Neuralink’s hardware to achieve better results and restore more functions in humans than competing products.

Musk’s company still needs to catch up on some of the billionaire’s aggressive timelines for implanting the BCI. Musk, being Musk, has urged his engineers to work faster and harder in meetings over the past several months.

“We will all be dead before something useful happens,” Musk told his team during a recent product review meeting. “We need to step it up. We need to ship useful products.”

During the same meeting, Musk voiced dismay that advances in AI would outpace Neuralink’s efforts, making the company’s efforts futile.

Some of Neuralink’s main concerns with the BCI implant have been ensuring that the robot can undertake surgeries efficiently, quickly, and smoothly. Musk envisions a day when brain implants will be performed as an outpatient procedure.

The paralysis and ocular work have only recently begun, and Musk has been pressing his teams to advance the state-of-the-art technology at an unprecedented rate.

Autumn Sorrells, Neuralink’s animal care director, has ensured that the experiments on the great apes and pigs are secure. She has been incorporating new techniques to train them. In Fremont, Neuralink has a primate enclosure with toys and televisions to keep the animals entertained while people check on how their implants are working.

In recent months, the animals had to be restrained and removed from their cages for their implants to be recharged. However, Neuralink has recently developed a more relaxed setup in which the primates renew under a helmet in their cages while eating. The company is constructing a larger animal enclosure on its Austin, Texas, campus.

Even though it is still in its early stages, Neuralink is the only general-purpose BCI company. Other startups have concentrated their efforts on the brain, the eye, or the spinal cord. Meanwhile, Neuralink is hoping to do everything.