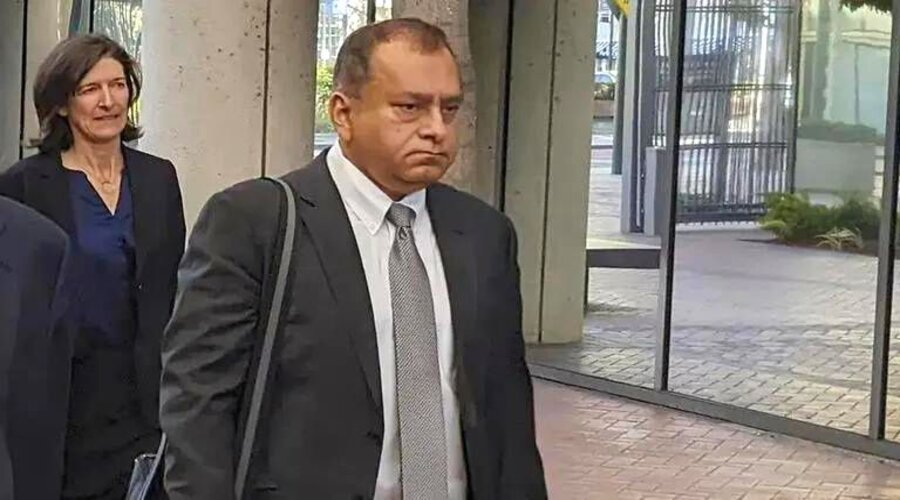 A judge sentenced a top aide and former boyfriend of Theranos founder Elizabeth Holmes to prison on Thursday for duping people into trusting the failed blood-testing startup.

Ramesh “Sunny” Balwani was sentenced to nearly 13 years in prison, followed by three years of supervised release, for his role in what prosecutors claimed was a massive fraud perpetrated on Theranos investors and patients.

On March 15, Balwani is expected to surrender and be taken into custody.

Fallen US biotech star Holmes, whose fraud trial was separate from Balwani’s, has asked an appeals court to overturn her conviction and more than 11-year prison sentence.

In her appeal, Holmes stated that she was contesting the November prison sentence and “any and all adverse rulings incorporated in, antecedent to, or ancillary to the judgment.”

After an investigation by The Wall Street Journal, she was convicted on four felony fraud counts in January for convincing investors that she had developed a revolutionary medical device before the company went bankrupt.

According to the court, jurors found Balwani guilty on all 12 fraud counts filed by federal prosecutors.

In a sector littered with the carcasses of failed startups that once promised untold riches, Holmes and Balwani are rare examples of tech executives facing charges over a young company not living up to its hype.

According to Davila, who presided over both trials in a San Jose, California courtroom, Holmes will not have to surrender until April of next year.

When she said her startup was perfecting an easy-to-use test kit that could perform a wide range of medical diagnostics with just a few drops of blood, the 38-year-old became a Silicon Valley celebrity.

Holmes described Balwani as a controlling force at Theranos during her trial.

Her trial shed light on the hazy line that separates the hustle that characterizes the industry from outright criminal dishonesty.

US prosecutor Robert Leach told jurors in a federal courthouse in San Jose that Balwani, 57, co-piloted the firm with Holmes and that the two were “partners in everything, including their crime.”

However, Holmes and Balwani denied the accusation in court, arguing that they genuinely believed in Theranos’s potential in what was a failure, not fraud.

Balwani, who is nearly two decades Holmes’ senior, was brought in to help steer the company she founded at 19 in 2003.

Prosecutors claimed that Holmes and Balwani knew that the technology did not work as advertised. However, they continued to promote it as revolutionary to patients and investors who poured money into the company.

As Theranos rose to prominence, it attracted luminaries such as Rupert Murdoch and Henry Kissinger. Still, a series of reports from Murdoch’s own Wall Street Journal casting doubt on the company’s claims set the company’s demise in motion.