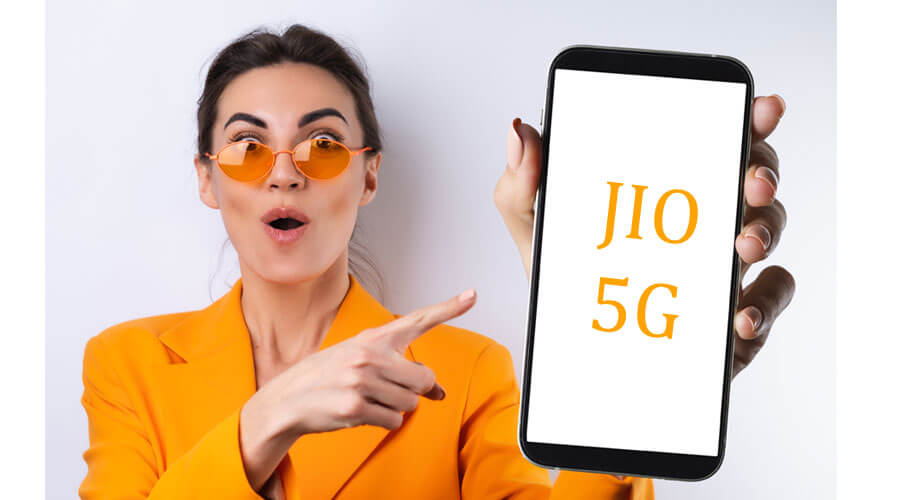 Reliance will introduce Jio 5G in the chosen cities within the next two months, or by Diwali, he added.

“Subsequently, we plan to increase the Jio 5G footprint month after month. By December 2023, which is less than 18 months from today, we will deliver Jio 5G to every town, every taluka, and every tehsil of our country,” Ambani said.

The launch of JioAirFiber was also announced at the AGM by Jio Chairman Akash Ambani.

“An even more exciting possibility of Jio 5G is the ultra-high-speed fixed-broadband. Since you get fiber-like speeds over the air without any wires, we are calling it JioAirFiber. With JioAirFiber, it will be really easy to quickly connect your home or office to gigabit-speed internet,” Akash Ambani said.

He stated that the company has created a JioAirFiber Home Gateway, a wireless, simple, single-device solution. Get it, plug it in, and turn it on. That’s all there is to it.

“You now have a personal Wi-Fi hotspot in your home, connected to ultra-high-speed internet using True 5G. On top of that, because it’s an end-to-end wireless solution, there are no wires coming into your house, creating an eyesore,” Akash Ambani said.

Mukesh Ambani also announced another partnership with Qualcomm, a global semiconductor and communications technology giant as well as a major investor in Jio Platforms.

Qualcomm CEO Cristiano Amon was also present at the AGM.

“I’m excited to be working together on cloud-native, scalable, and flexible 5G infrastructure, in both mmWave and sub-6GHz, to develop an ecosystem that can extend beyond India,” the Qualcomm CEO said.

Mukesh Ambani stated that Relianc e has made overall progress across its businesses. The company is India’s first to surpass $100 billion in annual revenue.

Ambani stated that Jio has further solidified its position as India’s leading digital service provider over the last year.

He said that the company currently had 421 million mobile broadband subscribers on its 4G network and the consumers consume, on average, nearly 20 GB of broadband data every month which was almost double of what was consumed on average a year before.

He went on to say that, influenced by Prime Minister Narendra Modi’s Digital India vision, the nation has seen the advent and scaling up of numerous world-class national platforms, that have helped bring immense comfort and advantages to regular citizens.

He also stated that the company has raised its standards for community service. Reliance was the largest taxpayer in 2022, and direct and indirect taxes increased by approximately 108%. Reliance created 2.32 lakh new jobs. JIO has 421 million subscribers in the digital services business.

Mukesh Ambani stated that production in its oil and gas business had increased ninefold and revenue has surpassed a billion dollars.

“With 19 million standard cubic meters per day of production in ultra-deepwater fields, KG-D6 is contributing 20% of India’s domestic gas production.”

He added that with the completion of the MJ Field by the end of 2022, KG-D6 will contribute nearly 30% of India’s gas production. This will help India meet its growing demand domestically, resulting in annual import savings of nearly $9 billion. Natural gas is an important source of clean and affordable energy for India, especially during times of global energy crisis.

Ambani stated that his Oil to Chemical business had yet another outstanding year. Its annual revenue has surpassed Rs 5 lakh crore. Ebitda surpassed Rs 50,000 crore.

“We are committed to maximizing oil to chemicals integration and converting our advantageous feedstock streams to high-value chemicals and green materials.”