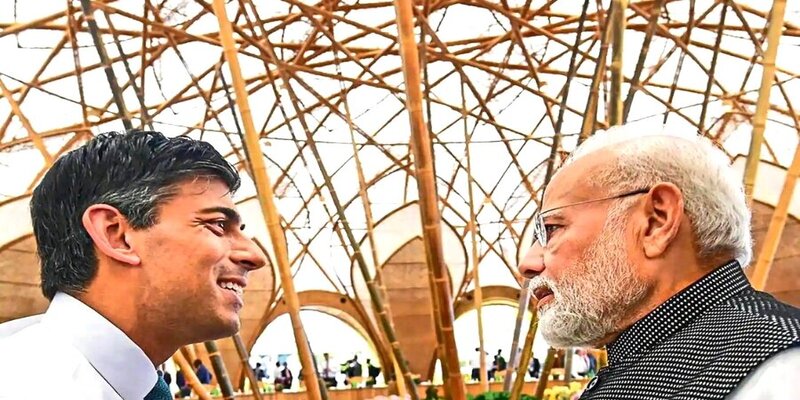 The United Kingdom’s determination to a Free Trade Agreement or FTA with the Republic of India has been reaffirmed by UK Prime Minister Rishi Sunak as an aspect of the nation’s stronger view on making relations with the Indo-Pacific region stronger.

During Rishi Sunak’s 1st significant foreign policy speech when coming into office at 10 Downing Street in the previous month, the British-Indian leader took into account his cultural roots and vowed to spread British values of freedom as well as openness throughout the globe. He committed this while delivering a speech at the Lord Mayor’s Banquet on Monday night.

Additionally, he promised to act in a different manner from the People’s Republic of China, which he claimed, was a systemic threat to the interests and values of the British. According to the UK Prime minister, he has made investments in international firms before entering politics, and the Indo-Pacific region offers attractive opportunities.

India And EU Begin 3rd Round Of Free Trade Agreement

About fifty percent of international growth will occur in the Indo-Pacific region by 2050, compared to a quarter in North America and the EU. This is why they are establishing a new Free Trade Agreement with India and seeking one with Indonesia while also entering the CPTPP or the Comprehensive and Progressive Agreement for Trans-Pacific Partnership.

Rishi Sunak differentiated his administration from a term adopted by the former Conservative Party-led government to characterize UK-China bilateral relations well over 7 years ago when he claimed he wanted to evolve the United Kingdom’s stance towards the People’s Republic of China.

The Prime Minister said that the fanciful notion that trade will bring about social and political improvement is gone, as is the so-called golden era. However, there should also be no reliance on trite Cold War terminology. They acknowledge that the People’s Republic of China represents a systemic threat to their interests and values, a threat that becomes more urgent as it advances to considerably larger authoritarianism.