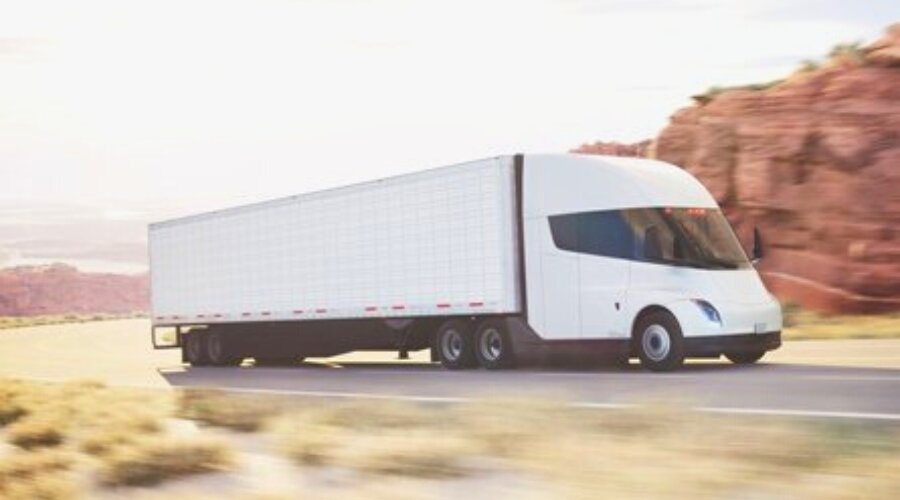 The brand-new Tesla Semi is twice as efficient as the Ford F-150 pickup truck, according to precise calculations made by Jon Stewart (Cleanerwatt). Remember that a Class 8 semi-truck weighs four to five times as much as an F-150 with a gas or diesel engine.

Tesla is renowned for creating some of the most fuel-efficient cars ever made and those currently on the road. However, while a few competitors have entered the market and enjoyed success, most other EVs aren’t nearly as efficient as Tesla’s, have a shorter range, and cost more fuel.

You can bet that Tesla had efficiency and range as its top priorities when building a commercial vehicle. However, suppose the automaker hadn’t already shown that it could use its magic to create the most aerodynamic, electron-sipping cars in various shapes and sizes. In that case, it’s doubtful it would have even tried to develop a long-range semi-truck.

Tesla has already shown that the Semi’s range of 500 miles per charge is possible. It completed 500 miles with 93 percent of its battery capacity during the test run, which began with a battery capacity of 97 percent and ended with 4 percent remaining. At the time, the hauler’s total weight was 81,000 pounds.

Tesla team just completed a 500 mile drive with a Tesla Semi weighing in at 81,000 lbs!

To compare the Tesla Semi and Ford F-150, Cleanerwatt converted the 1.7 kWh/mi to MPGe. Although it’s a little tricky and involves math, he arrived at 20 MPGe for the Tesla Semi. The F-150 and many other well-liked full-size, gas-powered, four-wheel-drive pickup trucks get about 19 mpg. 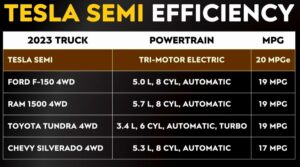 You might wonder how the Tesla Semi is twice as efficient as these trucks based on the calculations and chart above since it only seems slightly more efficient.

Cleanerwatt notes that, in contrast to the EPA’s estimates for the other trucks, the numbers for the Tesla hauler are calculated when it is fully loaded (82,000 pounds). He continues by offering information on towing effectiveness and other topics.

According To Vanda Research, If Apple and Tesla Falter, Retail Investors Will Give Up And Sell