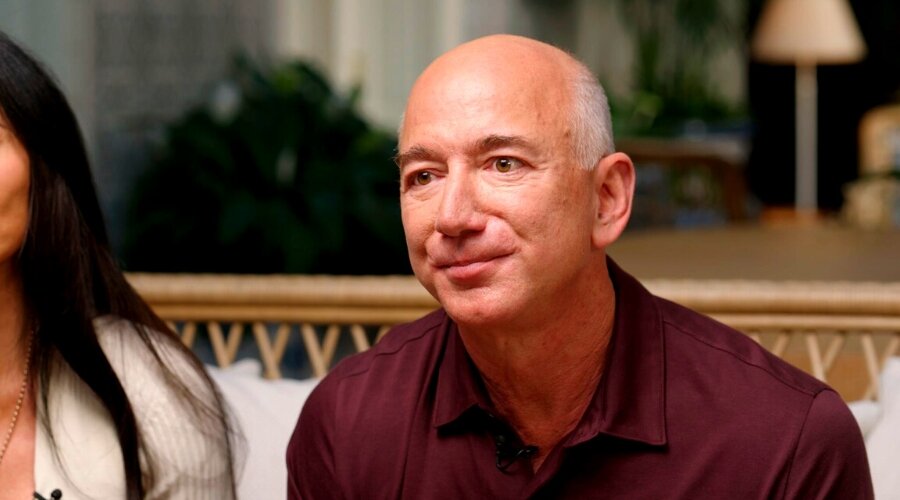 Breaking News: Jeff Bezos's Advice To Consumers And Businesses As A Recession Approaches

Amazon founder and former CEO Jeff Bezos has advised consumers and small businesses on what they should do now that the US economy is either in a recession or is about to enter one “very soon.”

In an interview with CNN last week, Jeff Bezos, founder and former CEO of retail giant Amazon, shared his views on the US economy entering a recession and what consumers and small businesses should do.

In response to a question about whether the United States is in a recession and what recommendation he would give to small businesses, the billionaire, who is currently Amazon’s executive chair, cautioned:

Despite his admittance that he is doubtful “whether we are technically in a recession,” he tried to insist that if we are not already experiencing one, we are almost certainly going to do so very soon. He made this point despite economists’ disagreements on the matter.

Bezos said, “Take some risks off the table,” adding that he has advice for everyone, including small business owners.

If you are going to make a purchase, slow down that purchase. Keep some dry powder on hand, wait a bit, and see. Try to reduce some risks in your business or your life.

A “Genuine” Recession Likely To Hit US Economy in 2023, Predicts Christiaan Tuntono of Allianz Global Investors

If you’re considering purchasing a big-screen TV, you should wait, save the money, and see what happens. Bezos said to take some risk off the table and do the same with a new refrigerator or car.

“If you run a small business, you might want to postpone some capital purchases… keep some money on hand. If we run into even more severe economic problems, even a small amount of risk reduction can help that small business. It would help if you used a bit of probability,” the Amazon executive chair advised.

Bezos was also questioned about the possible duration of the current recession. He replied, “I don’t think even the most experienced economist in the world could answer that question.”

You have to try and be reasonable about it, take as much risk off the table as you can …. hope for the best but prepare for the worst.

In October, Bezos responded to Goldman Sachs CEO David Solomon’s statement that a recession is highly probable. “Yep, the probabilities in this economy tell you to batten down the hatches,” the Amazon executive tweeted.

According to a recent survey, 98% of chief executives in the United States are preparing for a recession. Some predict a severe recession, such as renowned investor Jim Rogers, who thinks it will be the worst in his lifetime. According to economist Peter Schiff, the Federal Reserve’s actions could result in market crashes, a huge financial crisis, and a massive recession. The White House, on the other hand, is not preparing for a recession. President Joe Biden recently stated that the United States economy is “as strong as hell.”